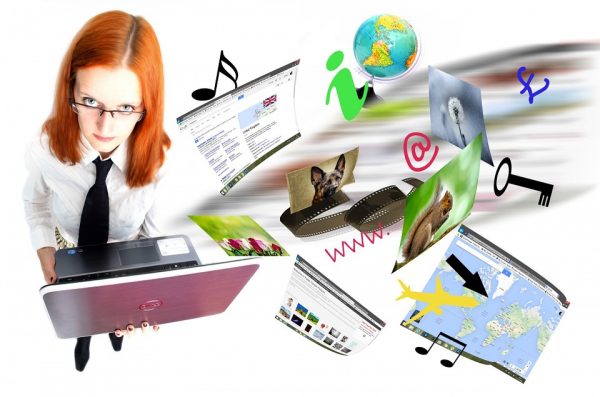 27 Nov Where Would We Be Without the Web?

The internet is a constant in most people’s lives. Day to day connectivity has become the norm for everything from listening to music to booking a table for diner, watching a movie to buying a gift. Time.com recently launched a list of the “most influential websites of all time.” How many have you encountered?

Unsurprisingly Google sits in the top spot, not only has Google earned itself a place in the dictionary, it accounts for over 2 trillion online searches per day.

Fun fact about Google – the colours of the logo are not random. When developing Google, Larry Page and Sergey Brin used lego bricks to create part of the server casing! The colours reflect the colours of the lego. Google has come a long way from a lego house server, with over a million servers currently running worldwide.

Shopping mega giant Amazon recently employed a fleet of 15,000 robots to keep up with orders despite being the second largest employer in the US with over half a million employees. They reported 608 million packages shipped per year, which works out at 1.6 million per day. (Source: Bernstein)

The bane of all teacher’s homework tasks. Launched 17 years ago, Wikipedia is available in 301 languages, has up to 18 billion page views per month and hosts over 40 million articles. (Source: Alexa)

The biggest online video platform worldwide, whether you want to watch a funny cat video, listen to a motivational speech, watch a historical sporting event or simply share a video with friends, Youtube has 1.8 billion monthly viewers.

An American network of advertisements, everything from jobs, houses, pets, wanted ads can be found on Craigslist. All ads are free, except job listings and some property listings. Currently there are over 50 billion page views per month and millions of users.

The “yellow pages” of the web. Founded in 1994 YAHOO is rumoured to stand for “Yet Another Hierarchically Organised Oracle”. Reports show that Yahoo has over 800 million monthly active users worldwide. (Source: Businessinsider)

The political American news aggregator website moved ahead of the New York Times in online traffic and engagement for the first half of 2018. (Source: thewrap.com) Theories are the success of the Drudge Report is down to it’s no nonsense old school design and it’s ability to control the US media with many media outlets following the Drudge Report’s lead. Time magazine named founder Matt Drudge one of the most 100 influential people in the world in 2006.

The first web page by Tim Berners-Lee, the founder of the world wide web. The page went live in 1991 and is still live today.

Established in 2003, The Pirate Bay has been the subject of much controversy. Offering the ability to download and share content such as audio, video and games. It’s Swedish founders advocate file sharing and oppose limitations surrounding sharing of information. The Pirate Bay has always come up against conflict surrounding copyright laws.

Much like number 11, WikiLeaks believes in freedom of speech and sharing information online. Launched in 2006 it claims to have amassed a database of 10 million controversial, classified and confidential documents with the purpose of bringing important news and information to the public. They wanted to show “evidence of the truth.”

At the start of 2018 it was reported that 45% of the world’s population used e-commerce sites, and there were almost 4 billion internet users. Make sure you and your business are being seen. For all your digital marketing requirements, get in touch with the team at eppiq today.