Google manages over 40,000 search queries every second. That works out at over 3.5 billion searches per day. Google is the most visited multi-platform web property in the world. (Source: Statista).

Where does the Doodle come in?

The Google Doodle is a temporary change of the logo on Google homepages to celebrate events, holidays, seasons and people throughout history to name a few. There is usually a link behind the Google Doodle explaining the significance and allowing the viewer to find out more.

Some Google Doodles are global, whilst others are specific to countries.

2010 marked the 30th anniversary of arcade game giant Pac-Man and Google Doodlers created an interactive logo that allowed users to play a “mini” game of Pac-Man when they clicked on it.

John Lennon’s 70th Birthday was marked with a short animation to his song Imagine inspired by his artwork. 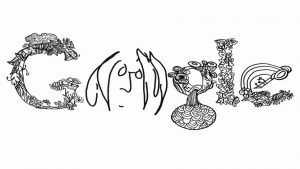 Doctor Who celebrated 50 years of the show in 2013, and super-fans the Google Doodlers were only too happy to come up with a doodle based around the iconic programme. 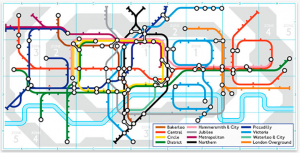 Google avoids creating doodles using religious holidays or controversial themes and actually state in their official policy that they will not have doodles that evoke any kind of conflict.

The Doodle 4 Google programme is an annual competition for children worldwide to create a Google Doodle. Winning designs will be featured on Google homepages for 1 day. The winning youngsters receive a scholarship prize, technology for their school, a trip to Google HQ in their home country, and lots of other Google goodies. Key criteria for judges is good artistic merit, application of the teme they are trying to convey and the incorporation of the “GOOGLE” letters. This year the theme is “When I grow up, I hope…” The Doodle 4 Google website is designed with children in mind and suggests Time Machines, Flying Cars and Pizza Trees. Check it out here: https://doodles.google.com/d4g/

We are proud to be Google Partners and have a strong knowledge of Google processes and systems. For all your Google related Digital Marketing please get in touch today.