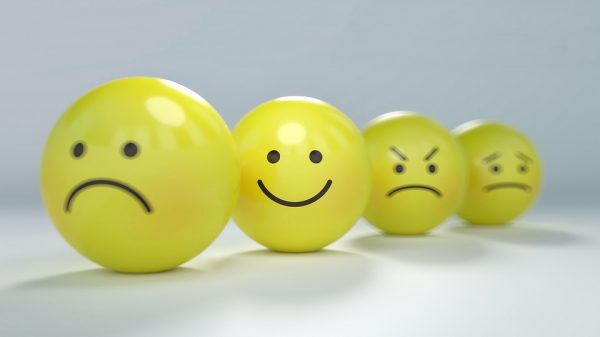 The humble Emoji – originating in Japan, Emojis became more commonplace in 2010. However, like most technology and social trends, Emojis are not without controversy.

Evolution of the Emoji

It didn’t take long for Emojis to become subject to cultural and contextual interpretation. To some generations Emojis are as significant as Ancient Egyptian Hieroglyphics! Evolution of the Emoji has led to thousands and thousands of designs and standards covering all religions, races, beliefs and diversity across the world.

As the world becomes more and more digital Emojis are anticipated to play an important part in communication. Designing Emojis is a complex process. Take beans for example; Green beans? Baked beans? Growing from the ground? In a can? In a bowl? On a plate? Any Emoji proposal is examined by the Unicode Consortium’s Emoji subcommittee which meets twice a week to discuss all Emoji related matters. New Emojis are released every year, 2017 saw mythical creatures, 2018 added the option to select grey or red hair in addition to blonde and brunette.

A Wolf in Sheep’s Clothing

Like any visual media Emojis are subject to misunderstanding. A face winking may mean one thing to one person and something completely different to another. It is always important to consider that the sender and the receiver may not have the same outlook on an Emoji.

Technology can impact Emojis as when being sent, Emojis are encoded for transmission. If the receiver doesn’t have the same operating system they could receive the Emoji differently than intended.

Emojis and the Law

Some legal experts will argue that using personal texting as evidence in legal cases is an invasion of privacy, but if the court deems the content of the text relevant to the case, they can be used as evidence. There are of course procedures to follow such as obtaining a warrant for seizure of devices, but text messaging and other forms of digital messaging are now viable forms of evidence.

Switch back to misinterpretation of Emojis and you can see how using the wrong Emoji could really cause problems. In a court of law it is important for judge and jury to understand the meaning behind Emojis. In murder cases Emojis were found in threatening messages between the defendant and the victim, they have also been found in cases involving robbery and even fraud. Obviously no legal case is going to hold it’s evidence together based on an Emoji but they are becoming more and more relevant. Courts and Magistrates are being educated in the meaning and potential meanings of Emojis as transcripts of online communications can be read to the jury.

A study by the University of Minnesota found that 20% of people reported that they would edit or not send a message after seeing how their emoji rendered across different platforms. American Law Professor Eric Goldman has discussed this issue at length and says “Judges need to be aware of the importance of the Emojis to the overall communication when we run into these odd evidentiary issues, we need to make sure that the Emoji get proper credit.”

For Digital Marketing the use of Emojis should be taken with caution, whilst fun and entertaining, are open to misinterpretation. Users can hijack Emojis and via the power of the internet can manipulate their meanings. For example the Emoji of a single raised hand; high five or stop? Two hands raised; clapping or praying?

And of course there is the usual generational age gap where one thing means something completely different depending on your decade. Some examples are the word “sick” which in the teenage population means “great” and “ship” is not a large boat on the water, it’s actually slang for “relationship.”

It is always important to do your research, in today’s society now it is vital. Emojis, social media, digital marketing campaigns – all need to be sympathetic to gender, race, religion, culture, background, orientation and life choices.

For all your digital marketing, get in touch with eppiq Marketing today.