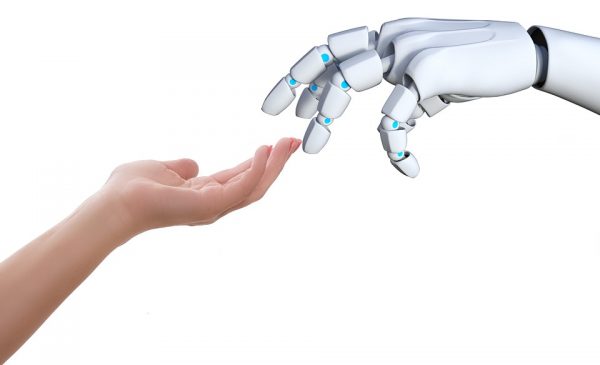 Posted at 14:55h in Marketing by Alison Mitchell
Share

A recent article by The Technology Review generated a list of 10 breakthrough technologies for 2019. Many years ago we imagined the future would be full of robots carrying out jobs and helping the human race. That isn’t the case – or is it? Here are a couple of breakthrough advancements that could mean our new best friend might be a robot!

Whilst there is no argument that machines are highly efficient, there is an argument as to whether they are better than humans. Robots are not capable of human reactions and are susceptible to technical difficulties and programming problems. Yes, human error, ability and sickness make human’s flawed too, but robots cannot yet manipulate objects on their own through trial and error, they can’t make their own decisions and don’t necessarily consider external factors when going through a process.

But, developments in software and AI are teaching robots to think for themselves. Software is being created that allows robots to experiment whilst trying to reach an end goal.

In San Francisco a team have “taught” a robot how to flip a toy building block in its fingers. Reinforcement learning and neural-network software teach the robot how to grasp and turn the block. However, to simulate friction of different materials, the team added a random element allowing the robot to strengthen connections within the network over time.

We’ve all seen or experienced Alexa or Siri. With a simple voice command we can play our favourite song, call a friend or set an alarm. The introduction of “smart” devices into homes and lives was sold with the promise of revolutionizing the way people live and carry out tasks. But, the dream wasn’t quite as suggested. Many found that their devices only responded to a few directives and could easily stumble at the first hurdle!

New techniques are being developed to bring the dream to reality. Researchers are coming up with ways to make the devices sharper, less dependent on human involvement and capable of predicting missing words by studying millions of potential sentences. Better speech synthesis, ability to cope with accents, slang and continuing innovation will propel us to being able to converse with our AI assistants rather than just giving them commands. They will be able to take minutes in meetings, shop online and other daily tasks.

We have always known that technology is advancing at an alarming rate. It may not be long before every home has a “robot” of some type. We don’t have digital marketing robots exactly, but we are always up to date with the latest automation software and developments. Automating digital marketing has been around for a while but to make it work effectively for your business, get in touch with us today to discuss it further.